COACHES TAKING THE NEXT STEP 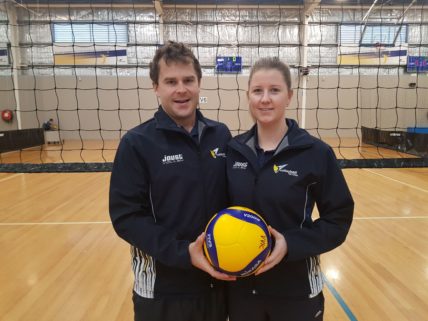 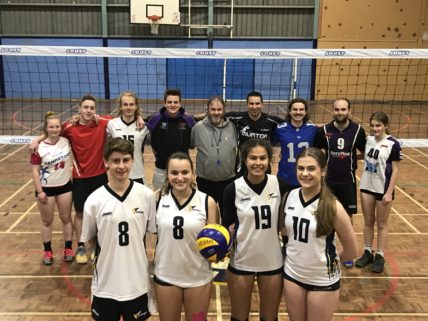 Volleyball Horsham will be well represented at the National Junior Volleyball Championships in Canberra next week with four athletes and two coaches taking the next step.

Bray and Wills have cut their coaching teeth with the Murtoa College volleyball program over the past three years in particular, winning gold and silver in successive years, as well as two years of participation in State League.

“The success we’ve had both from a schools perspective and from a state league perspective, gave us the appetite to put our hands up to coach in the state program,” said Bray.

But it hasn’t been easy for the two coaches with a whole new set of challenges put before them.

“The biggest challenge we faced was getting our team to play the way we wanted them to, especially when you have athletes from different junior programs,” said Bray.

“It is a whole lot different to coaching at home where you already have a rapport built up with your athletes, which makes it easier to communicate and provide feedback.”

“I found that I had to be more efficient with my time in the state program because we only get to see the athletes for three hours a week, and that time certainly flies,” said Bray.

While there have been the challenges there has also been some learnings that both coaches will bring back to their home programs.

“The step up has been really enjoyable especially working with athletes that are pure volleyballers. More often than not we coach multi-sport athletes at home and you temper your coaching accordingly.”

“But when you have ten athletes who eat and breathe volleyball it makes it more fun and you learn a lot, at the same time it helps broaden your coaching knowledge.”

Bray is under no illusions that the task ahead of his team is a huge one and is therefore not going into the championships with too high expectations.

“It would be nice to come home with a medal but not knowing what the other states are going to be like, I’ll be happy if our team have fun and put into practice what Delaney and I have tried to teach them.”

“The smile on their faces, when something comes off that we have taught them in training and the lead up tournaments, is priceless, and we hope that continues throughout the week in Canberra.”

Bray believes both he and Wills will benefit greatly from the experience.

“Delaney has been fantastic in her assistant’s role which has enabled me to concentrate more on the coaching side of things,” he said.

“In the end Delaney and I have learnt so much from being in the state program, which we look forward to bringing those learnings back to our own programs.”