David’s first state coaching appointment came in 1983 when he assisted the great Tomas Santamaria with the Victorian Under 17 boys and it was there he developed a passion for coaching. “I like to see kids having a go and trying their best to become the best players they can be. Volleyball is a truly great team sport as what other sport requires its players to play defense, play offense, play tall, play short, be quick, brave and smart – all in a 9m x 9m space with five other people on court at the same time.”

Dimitrios has come through the successful Horsham College volleyball program and is an inaugural Phantom having played in the Phantoms gold and silver medal state league winning teams. Dimitrios is keen to help young volleyballers with their development and continue the tradition of a strong volleyball program in Horsham for years to come. 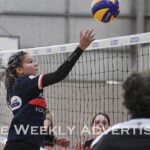 Tamikah is a dual state representative having played at National Juniors at Under 19 level. Tamikah has played with Phantoms in state league premier division for the last three years. Tamikah’s most satisfying volleyball memory was when the Volleyball Horsham women’s team won the Championship Division at the 2021 Horsham Tournament. Tamikah would like to instill the values, respect and appreciation for the game that were so important to her through her own volleyball journey. 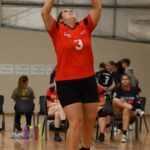 Kimberley has come through the Horsham College volleyball program and enjoyed great success in that time. Kimberley was an inaugural member of the female Phantoms teams, as well as being a key member of the very first Volleyball Horsham division one women’s team that won gold at the Country Champs. Kimberley would like to see more young athletes have the opportunity to compete at a higher level and continue building on the solid foundations for the future of Volleyball Horsham.