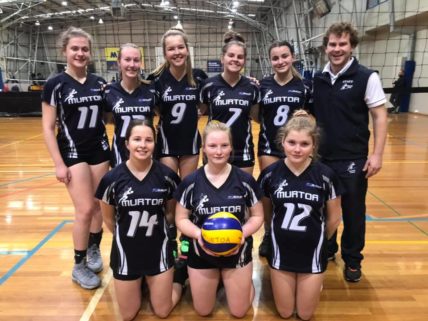 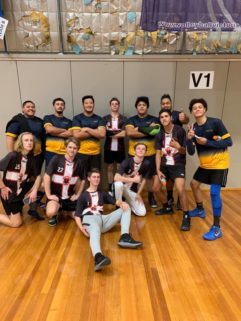 A top four finish at the School Sport Victoria state finals has fueled the fire for Murtoa and St Brigid’s College senior volleyball teams for further honors in the second half of the school year.

Both teams bowed out at the semi final stage to eventual state champions in Monbulk and Eltham respectively but not after showing their big city counterparts that they can compete with the best of them.

Murtoa finished the round robin section of the tournament on top of their pool winning all three matches in straight sets against Shepparton, McKinnon and Leongatha.

In their semi final against Monbulk, the Murtoa girls were slow to get started and couldn’t bridge the six point gap going down 14-20 in the first set.

The team then found their rhythm and began to match their city opponents but couldn’t get the point that counted eventually going down 21-23 in the second set.

“Monbulk had two strong hitters and defended better than us, but we showed we could mix it with them, so I wasn’t too disappointed,” said coach Shaun Bray.

“At this event, given the shorter sets format, you just can’t give head starts against quality opponents,” Bray said.

For the St Brigid’s College boys it was once again a case of so close yet so far.

The team finished second in their pool with wins against Alexandra and Leongatha and a close loss to Narre Warren.

In their semi final against Eltham the team dropped the first set but showed good character to bounce back and win the second set.

In the deciding third set, three pass and a hitting error didn’t help at the start of the set and that was the margin in the end.

“The boys showed good character in fighting back and our serving strategy was working well until a service error at 10-11 didn’t help,” said coach David Berry.

“In the end the boys showed they can compete with the best and despite not having the best preparation, they can take great heart should they want to compete at the Three Day Schools Cup in July and the Volleyball Victoria Open Event in December.”

“Both teams represented Wimmera volleyball with great pride and have endorsed their reputations as formidable volleyball teams, which is something all connected with both teams can be proud of.”