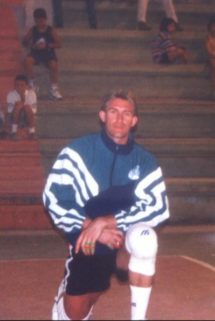 David took up the sport towards the end of 1982 and became an instant hit due to his athleticism and fierce will to win. Represented Victoria at under 19, under 20 and Open level, before moving to Melbourne and playing for Essendon and Heidelberg. Came back to Horsham in 1987 and 1988 before returning to Melbourne and devoted his time to Heidelberg. Was the director of coaching in ACT from 1992-1996, and during this time had a stint with the Australian men’s team. Returned to Melbourne and played for Heidelberg in Honors, winning the MVP award in 2000 and representing Australia in beach volleyball. Had a stint with Eastside Hawks before retiring. Toured extensively overseas visiting places like Beirut, Vietnam, Japan and Thailand. The Association’s most consistent male award across all grades is named after David.