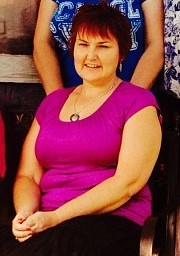 Angela was the second of the McIntyre sisters to play and certainly got the most out of her ability. Was a determined setter, one that a lot of girls could learn from nowadays. Was the glue that kept all the girls together, and was part of a very successful era in the early 90’s with the Horsham women’s team when the Horsham Tournament started. Contributed both on and off the court especially at a time when the Association was reforming along with husband Darren.